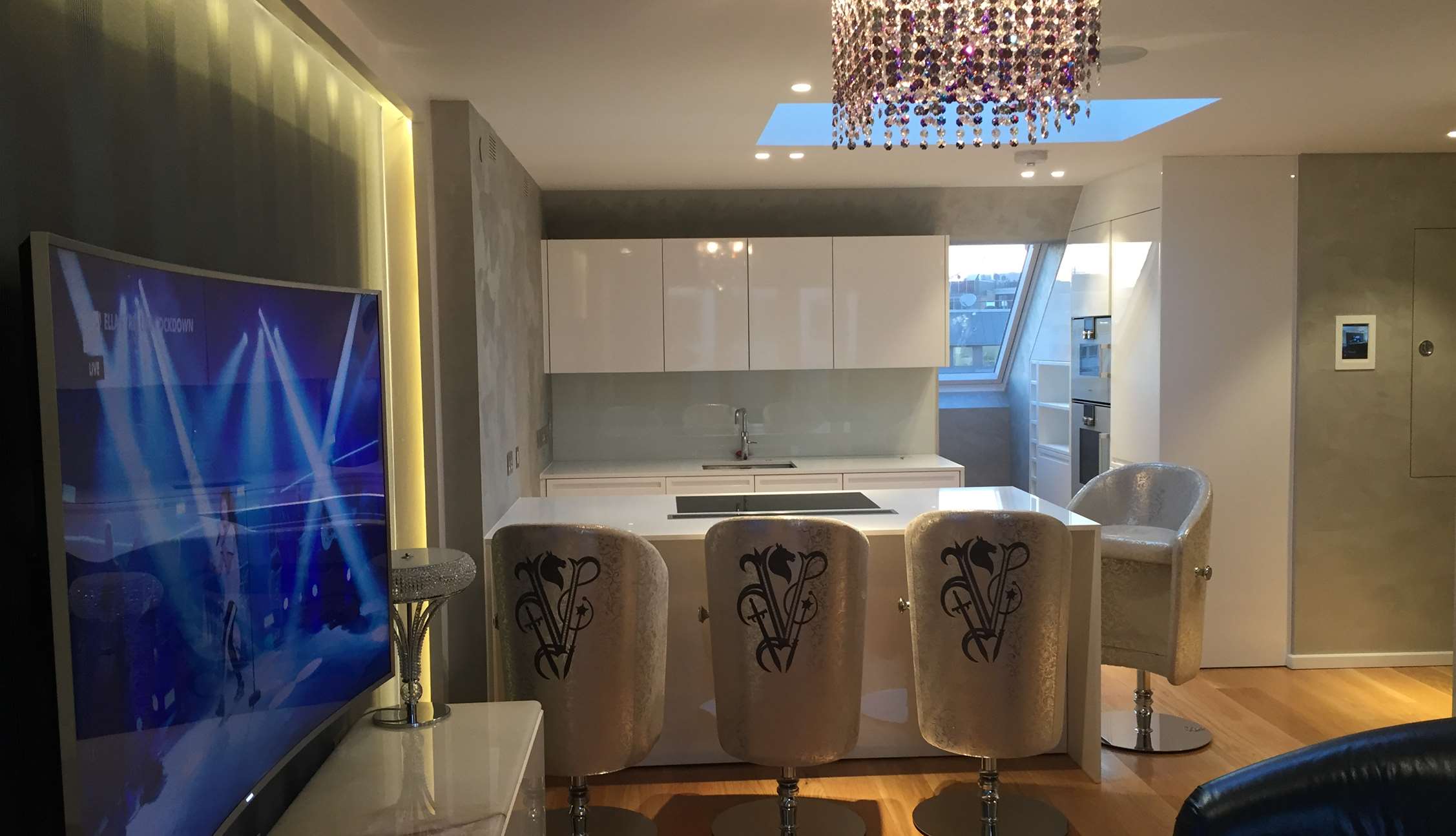 The Start of a beautiful Savant relationship - Barnet, london
Intellicasa & Savant team up for a stunning Home Automation system

This modern home in Barnet, was designed with technology at its heart and the new homeowners were drawn to the property because of this. Keen to add newer and more advanced features though, IntelliCasa, the home automation specialists, visited the homeowners after they got in touch to arrange some upgrades to their 10 year old technology.

Initially the family were looking at adding Sonos to additional rooms in their home and were keen to have a multi-room audio system. However, after learning about Savant’s seamless integration with Sonos along with the capacity to control almost all other technology in the house, the couple were inspired to take this project further and extremely eager to learn more.

When visiting another one of IntelliCasa’s Savant installations, the technology enthusiast homeowners were ‘wowed’ by Savant and convinced that this was exactly what they wanted in their home. The similarities to iOS was one of the key attractions for this couple because of the ease of use for not only themselves but for visitors. As well as the sleek user interface and the ability to personalise to their own individual preferences, the thought of having one single interface to not only control their Sonos music but also to control their Lutron lighting, Heatmiser heating, Coolmiser cooling and entertainment (including DAB Radio, Sky box’s, Apple TVs and Samsung TVs) was eye opening.

The homeowners looked into several control systems but they saw no competition with Savant. Previously they had been put off by other control systems as they thought the interface was complicated and unattractive.The Savant Smart System controls the TV Room, Kitchen, Master Bedroom, Master Bathroom, Lounge, Office/Gym area and was built from start to finish around this family’s lifestyle.

To ensure easy access at all times and convenience for the whole family, IntelliCasa mounted 1x iPad Mini into each of the main zones, as well as the family having the app on their hand held tablets, mobile phones and soon to be apple watches changing the way they enjoy their home.

Since the installation, the couple are eager to expand the scope of their Savant home to include CCTV cameras and automated blinds. They see their system as always evolving and love that this is possible with Savant PRO. Not only are the couple are increasing their products controlled but they are also planning on getting the sleek new Savant Remote (once released) to be added to the TV room. This is just the start of a beautiful Savant relationship for this family!“

The support team at Savant Europe are very helpful and professional. As an integration company it is essential to have constructive communication between us and the supplier and both Savant Europe and RGB demonstrate this constantly.” - Elie Kfoury, Director of IntelliCasa